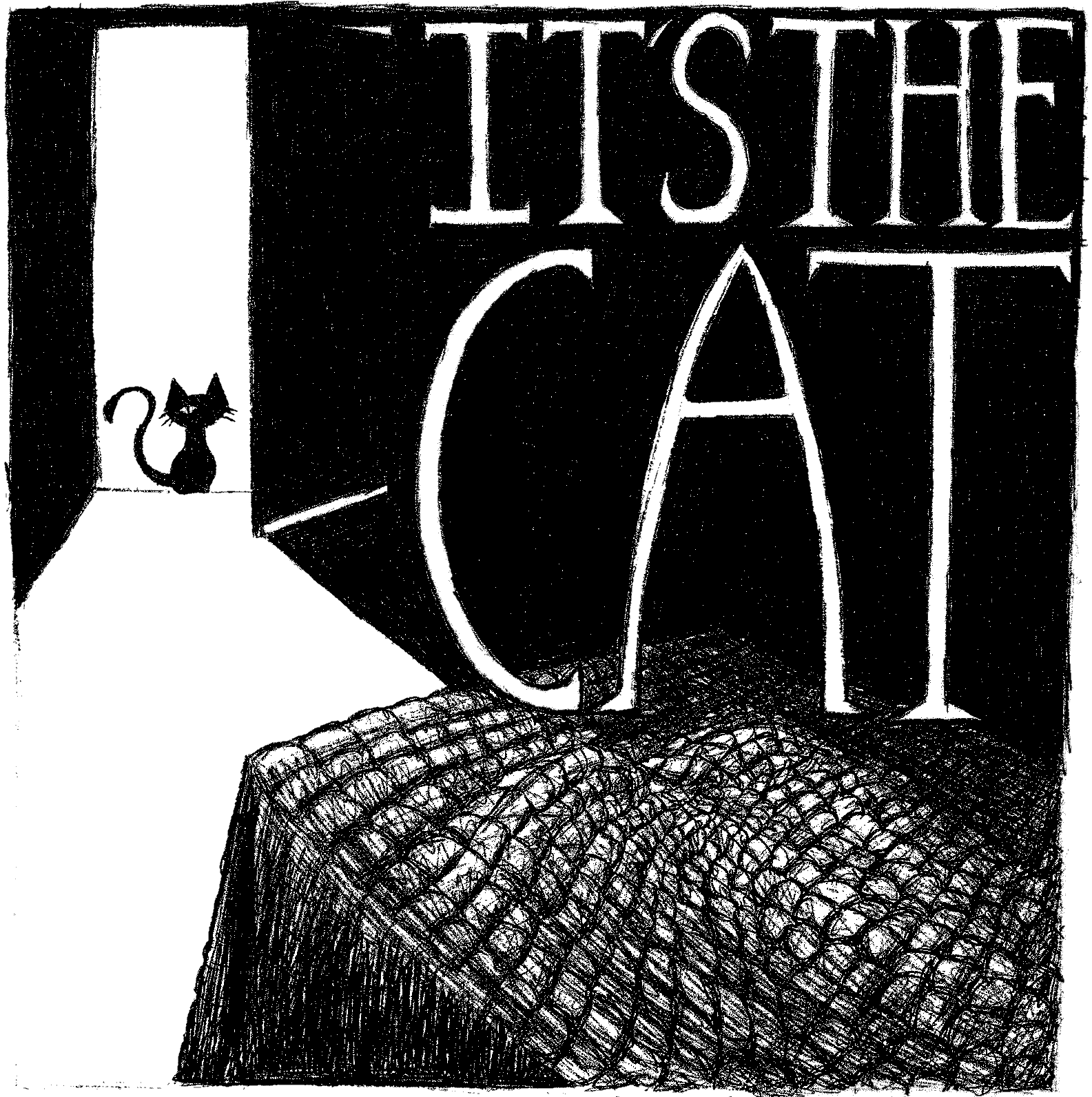 When you move into an old house, you get used to its unique groans and creaks. Wooden boards expand and contract with the changing temperatures, as if the house itself were breathing. They squeeze together and pull apart, occasionally popping past each other like tiny earthquakes. When the sun is up, the noises of the world outside help to drown out the sounds. Those that do make it through to your notice are easily explained away as natural movements of the house.

But once the sun sets and you lie awake in the darkness, it becomes more difficult for you to accept that all of the sounds are natural. Your rational mind says that the faint scratching at your bedroom door is just from a mouse digging at the baseboard. You’ve never actually seen a mouse in the home, or any living thing for that matter, but you know they’re there because it’s an old house, and all old houses have pests. You decide to adopt a cat to get rid of them. And it’ll be nice to be sure you’re not alone at night.

When you wake up in the middle of the night to a crash downstairs, you know it’s the cat. You figure she’s still exploring, being a pest in her own right, and she probably broke something. You’ll check it out in the morning.

When you hear scampering around the house, you know it’s the cat. They’re light, quick footsteps, and you smile. She must have caught one of the mice. It’s good that your cat is enjoying her new home.

When you hear the floorboards of the hallway creak, you know it’s the cat. She’s probably just walking slowly, weighed down by that mouse.

When you hear taps on the wall, you know it’s the cat. She’s gotten bored with the mouse and must be swatting at a bug on the wall now. There’s probably plenty of bugs in the house, and she’s a very playful cat. It would be nice if she’d go ahead and go to sleep.

When you hear scratching on the door, you know it’s the cat. She must want into the room. You’ve heard that cats do that sort of thing, scratching to get their owner to open a door. It probably wasn’t a great idea to lock her out anyways. Tomorrow, you’ll leave the door open. Then you won’t have to listen to the scratching.

When you hear a thud on the floor of your bedroom, you know it’s the cat. The cat must have jumped down off the dresser, that’s all. Cats do that. Don’t know how she got in the room though, you guess she can open doors.

When you hear raspy breathing from the foot of your bed, you know it’s the cat. It doesn’t sound quite right, but you tell yourself she must have a hairball. You’ll have to bring her to the vet tomorrow and have it checked just in case, the breathing really doesn’t sound healthy, not healthy at all. It has to be the cat, no need to open your eyes and check.

When you feel something press on the corner of your bed, you know it’s the cat. The cat just jumped onto your bed. She just wants to lay with you, where it’s warm and comfortable. That’s nice. Very nice. It’s just the cat being a cat.

When you feel the sheets being pulled off of you, you know it’s the cat. It’s got to be the cat. You have to admit to yourself though, you’ve never heard of a cat doing that. You lay very still, frozen in place.

When you feel something brush against your legs, it’s got to be the cat. Please, please just be the cat.

When you finally open your eyes…